Google recently announced that CalDAV access will only be available to whitelisted developers after September 16, 2013. BusyCal 2.0 syncs with Google Calendar via CalDAV and many customers have been asking whether or not they will be affected by this change.

The main change in the public beta is the use of OAuth 2.0 for authorization. When you first launch BusyCal 2.0.5, you will be presented with a login window requiring you to sign in to your Google account, followed by a window where you must grant BusyCal access to manage your calendars. 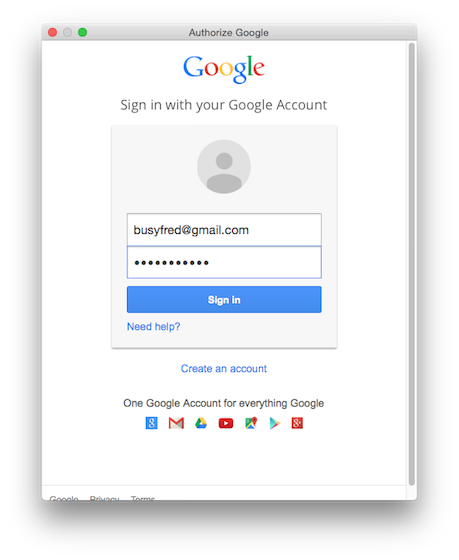 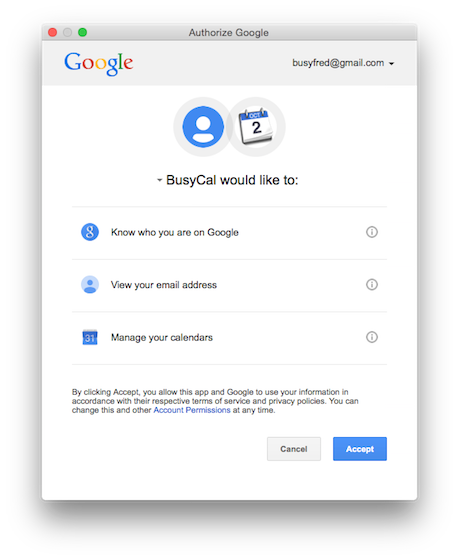 Once you've granted BusyCal access to your calendars, BusyCal will begin syncing with Google Calendar and you shouldn't notice any other differences in behavior.

If you would like to test the new version, please download the public beta and let us know if you discover any issues. Here's how to install the public beta:

Anyone can run the public beta, whether you are a new or existing BusyCal user. Once the final version of BusyCal 2.0.5 is released, you'll be able replace the beta version with the final version by purchasing it or downloading the update from the Mac App Store.

If you have questions or discover any problems with the public beta, please email us at support@busymac.com.