We announced BusyContacts at the Macworld Conference and Expo last week in San Francisco.

At this year's show, the editors at Macworld announced the winners of the Macworld Best of Show award for products that push the boundaries of innovation, quality, and overall creativity. And we're delighted to announce that BusyContacts was one of the award winners!

BusyCal is one of our favorite replacements for Apple's own Calendar app on the Mac. We're all very hopeful that BusyContacts will be the same for Contacts. The new app has customizable views, tagging, and smart filters finding and grouping entries. It syncs with Exchange, Google Contacts, iCloud, and generic CardDAV-based services, as well as major social networks (Facebook, Twitter, et al.). And it integrates with BusyCal, the two combining to form a kind of personal CRM system. In other words, it could be the Mac contact manager we've all been waiting for.

BusyCal is already a popular and powerful alternative for Apple's Calendar app on the Mac, and soon you'll be able to replace the company's address book management app with BusyContacts. The app is in beta now, but should be shipping soon. When it does, you'll be able to sync contacts through services such as iCloud and Google, Exchange, Twitter, and LinkedIn and Facebook. The interface looks great and offers a feature we've been hoping would come for a long time: Column view. Add in tags, custom views and smart filters, and BusyContacts is a perfect compliment to BusyCal — and a natural replacement for Apple's Contacts app. 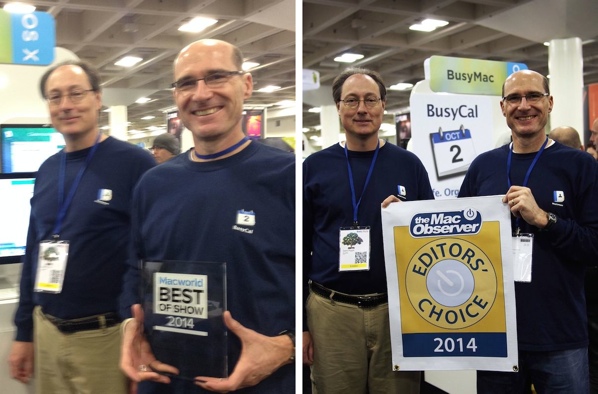 It was our seventh straight year exhibiting at Macworld and we saw a lot of familiar faces. There was a ton of interest in BusyContacts at the show and we gave non-stop demos to enthusiastic crowds who have been waiting for a better contacts app for a long time. "Finally", "it's about time", and "thank you!" were common refrains. 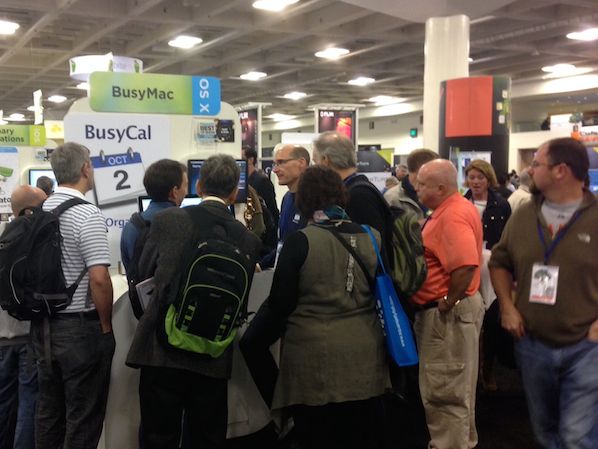 It was really motivating for us to meet face-to-face with our customers, partners, and press and see how excited they are for BusyContacts. We're excited too! Now, we have to get back to work and finish it so you won't have to wait much longer. We plan to release a public beta this summer. Stay tuned.